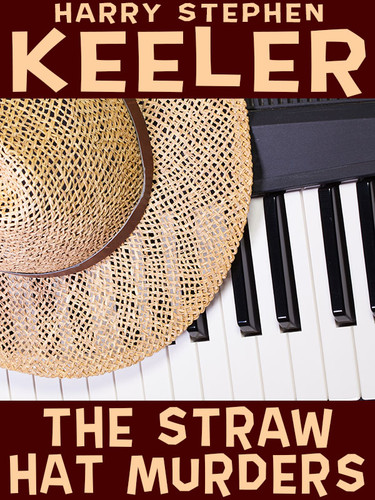 It’s tough being being Chief of Homicide when there have been four murders of piano students—all in the same studio apartment! So Huntoon Cambourne knows his job is on the line as he tries to prevent a fifth murder. He’s not lacking for clues because there is a cheap straw hat found at the scene of all four murders. And then there’s the matter of the killer leaving a $20 gold piece in the alms bucket of a deaf and blind mendicant down on the street near the apartment house. But how does the murderer get into the death room when the only opening is a trapdoor that’s only reachable by a dangerous 7-foot leap?

It all began with a mysterious black satchel stitched closed with silver wire. Mrs. Matilda Hunter,

Death from a Family Tree, by Sam Merwin, Jr. (epub/Kindle)

An old house in a remote area holds more than strange sounds and unexplained activity. Hal and his u