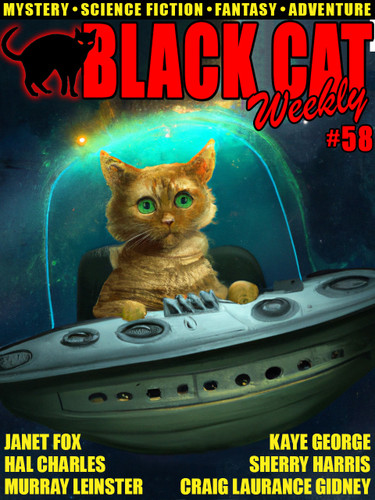 This issue kicks off our Halloween celebrations with a holiday-inspired tale. An incomplete draft of “Had a Wife...” was found in Janet Fox’s papers following her death, and I completed it. I hope you enjoy it. Keeping up the fantasy theme, we have a powerful tale by Craig Laurance Gidney inspired by the music of Joni Mitchell (selected by our acquiring editor Cynthia Ward). Our other acquiring editors have been busy, too—Michael Bracken presents an original mystery by the talented Kaye George (in which an ancient cave painting holds a clue to a murder), and Barb Goffman presents a tale by Sherry Harris, in which Stew Davis finds himself walking a dusty road in Who Knows Where, Wyoming after his car is stolen..

On the mystery front, we have our ever-puzzle solve-it-yourself story from Hal Charles, plus a pair of historical novels—one by Frank C. Robertson (it’s a mystery-western) and one by John T. McIntyre (set near the turn of the 20th century in New York City)..

For our fantasy and science fiction readers, we have the first Darby O’Gill story (most famously filmed by Walt Disney), plus a pair of vintage pulp novellas by Fletcher Pratt and Murray Leinster. Fun stuff!.

Black Cat Weekly's 56th issue is another done with most of the staff on vacation. But we’

Our 55th issue is packed with good stuff—as you will soon discover! Our Acquiring Editors have

Our 54th issue is another good one. On the mystery side, we have a great original tale by Jacqueline