Coffee And—, by David Alexander (epub/Kindle/pdf) 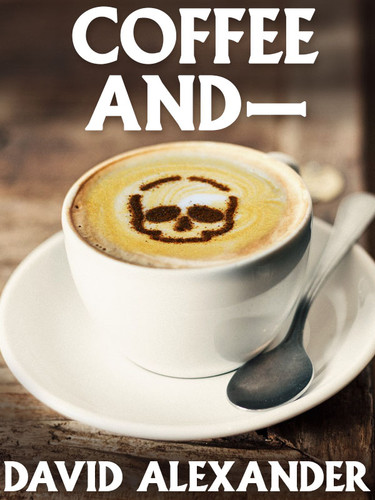 Coffee And—, by David Alexander (epub/Kindle/pdf)

The detective “team” in this story, Tommy Twotoes and Terry Bob Rooke, known as “Soldier,” were introduced in my first two mystery novels, Most Men Don’t Kill and Murder in Black and White, both published by Random House in 1951. The main character, Tommy Twotoes, was (aside from his 300-pound avoir-dupois) based upon my great good friend, the late “Sunny Jim” Coffroth. Coffroth was without question the greatest sports pro­moter of all time, and I’m not forgetting Rickard or any of the others. He was also one of the zaniest and most completely lov­able human beings I have ever known. Twotoes was criticized in some quarters as being on the fantastic side. The answer to that is that I had to tone the real Coffroth down when I depicted him as the fictional Twotoes, for I knew no editor of fiction would accept the true-life article as being remotely possible. As for Rooke, Tommy was crippled from alcoholic neuritis and needed a pair of legs. I invented the Soldier to supply my hefty hero with a means of locomotion. Rooke, I think, derived mainly out of the nowhere into the here. He was depicted in my early novels as being a veteran of the iron coffins (tanks) in War Number Two and as liking his likker. In those two small respects, at least, he resembled his creator.

Something In the Air, by David Alexander (epub/Kindle/pdf)

Bardo, an agent for the secret police in an unspecified "Capital," is in a particular town to bodygu

Marcia Allen is a woman who is alone on a New York subway platform late a nigh. When she is frighten

The Other Ones, by David Alexander (epub/Kindle/pdf)

What happens if you've killed someone famous and end up in the afterlife? Here is a tale of the worl

August is just crazy in Greenwich Village when you're a cop—a full moon, an exceptionally heat

When the Rain Stops, by David Alexander (epub/Kindle/pdf)

Charlotte is a woman who never got over her childhood fear of the dark, or more especially, heavy ra

Marcia Allen is a woman who is alone on a New York subway platform late a nigh. When she is frighten

He was six feet tall and had the bulging, hourglass build of a professional weight-lifter. His body

Against the backdrop of the Cannes Film Festival in the French Riviera, private eye Peter Sawyer mus