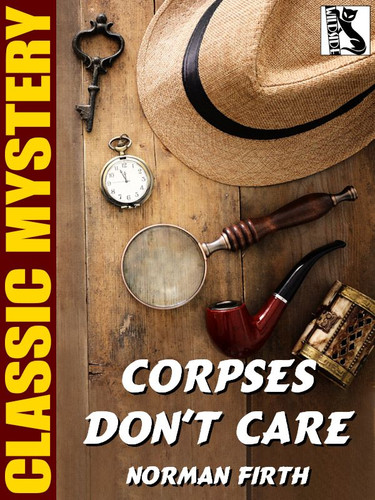 Signor Valentini stepped from his car, regally adjusted his fur-collared coat, bowed to the cheering crowd, and strode to the portals of his luxury hotel which he was about to open officially. He glanced at its architectural majesty with great pride. It was here he hoped to spend his declining years. He intended to make people speak of the hotel, not as the Superba, but as ‘Valentini’s.

With solemn dignity, Valentini inserted the golden key in the lock of the outer shutter, turned it, and grasping firmly at the ring on the lower end of the shutter—he was a vigorous man—swung it heartily upwards, revealing the handsome, revolving entrance doors—and the frosty-eyed corpse which stared negligently out at him through the glass panels!

June Mallory was seeking a victim. There was something hard and calculating in her eyes as her gaze

Yancey, a no-good deadbeat, has been borrowing money from his successful friend, a doctor, for years

Mike Spagliotti, the big-time racketeer, had enjoyed a successful life of crime, managing to evade p