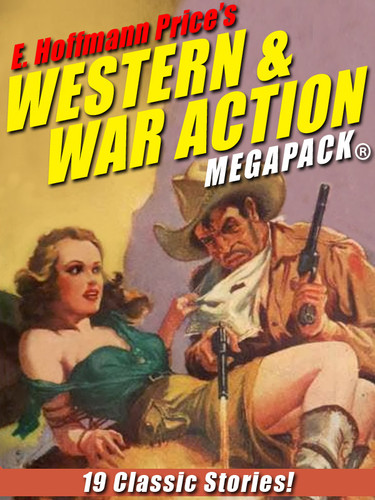 Edgar Hoffmann Price (1898 - 1988) was an American writer of popular fiction (he was a self-titled "fictioneer") for the pulp magazine marketplace. He is probably most famous for his collaboration with H.P. Lovecraft, "Through the Gates of the Silver Key," though he published hundreds of other works.

This volume collects 19 of his western and war stories.

Note that this volume, as with much pulp fiction of the era, is not politically correct by modern standards. It is a product of its era and should be viewed in that context.

The Third Western MEGAPACK™ collects 21 more great tales of the Old West, with cowboys and