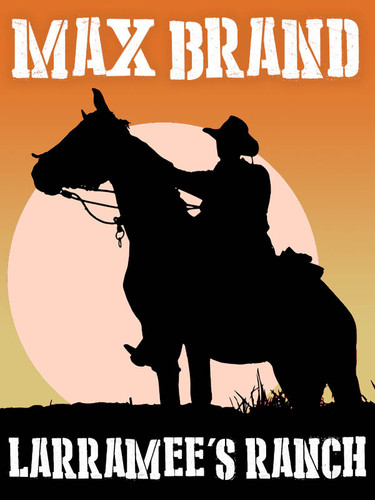 The charge was murder—and now Tom Holden had big trouble on his hands. First, he'd held off the town bully, big Crogan, and his men single-handedly. Then he announced he would marry Alexa Larrame, beautiful blue-eyed daughter of the wealthiest rancher around—even though he'd never even met her!

But now he had a lot more than just a rash promise to live up to. He was being accused of murder in a town where the strong make the laws—and enforce them with bullets!

One of a series of pulp Western novels by Max Brand featuring Silvertip, a heroic lone rider who met

John Milman may be a powerful rancher, but when a crooked business man challenges the ownership of h

The Gambler, by Max Brand (epub/Kindle/pdf)

A lawman's understanding of the subtleties of human nature astounds his posse, in

A Collector of Ambroses, by Arthur Jean Cox (epub/Kindle/pdf)

The Boarder, by Alexander Jablokov (epub/Kindle)