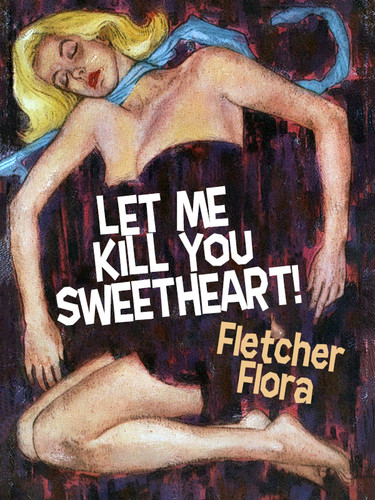 Three ambitious men had three things in common. Each was called Curly. Each aimed to marry the town's tempting heiress. Each had made love to Avis Pisano -- the wanton whose mangled body was fished out of the swamp. Each one was capable of cold, ruthless action if his plans for the future were threatened...but only one was capable of murder!

Heels Are for Hating, by Fletcher Flora (epub/Kindle/pdf)

Refuge may be whatever comes to fulfill one's quest... A classic mystery by Fletcher Flora, original

Casey Denver, soldier of fortune, is back from helping Castro win his revolution, and he knows a sec

Fanny, the young and amoral wife of a former crime boss and politician, watches too many westerns. A

Once Upon a Bank Floor…, by James Holding (epub/Kindle/pdf)

Two mystery readers meet on a plane. One reads crime stories to pass the time. The other reads them