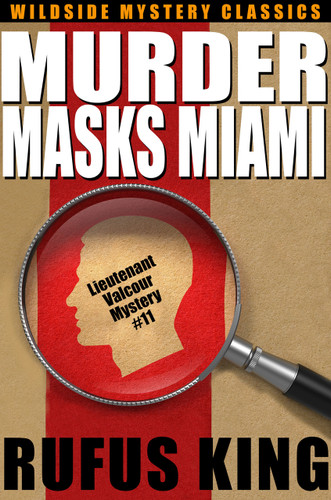 Lt. Valcour did not object to interrupting his vacation in order to help Chief Goodfriend of the Miami detective force solve the oddly similar murders of two distinctly dissimilar women. For one thing, the cases, or case as Valcour felt it to be, interested him and he felt a distinct apprehension that unless somebody solved it there would be more deaths to investigate. And, Goodfriend appeared in desperate need of assistance. Consequently Valcour felt as though he were conducting a demonstration course in detection when he set about finding all available information on the women... A tense mystery-thriller as only Rufus King could write it!

Profile of a Murder: A Lt. Valcour Mystery, by Rufus King (epub/Kindle/pdf)

Murder on the Yacht: A Lt. Valcour Mystery, by Rufus King (epub/Kindle/pdf)

Rufus King returns to the maritime mystery genre with "Murder on the Yacht." A lawyer disappears fro