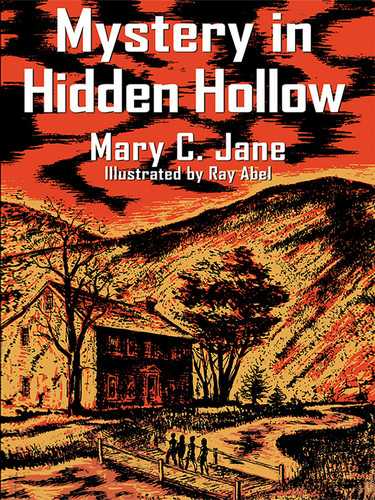 Amy and Freddy Connors can't believe their ears when their Uncle Ken tells them he is going to stay in Mr. Sargent's big old house in Hidden Hollow all winter. And, when their father says that they can stay with Uncle Ken, they can't believe their luck. They can be near their friends, Marcia and Jim, and best of all, they won't have to stay in their father's trailer and be part of "that shiftless Connors tribe." Mr. Sargent wants Ken to take care of his house and his dog, but Amy and Freddy decide that being in the house will give them the chance to look for a lost inheritance. Before they have time to search for it, other mysteries pop up.

Who is the young woman whose portrait hangs in the Sargent house? Who is sneaking around the house at night? And why is someone trying to make trouble for Amy and Freddy?

The two children, with help from their friends, must find answers to all the mysteries -- and, in the process, learn how to hold up their heads and keep their self-respect in spite of what neighbors might think of their family.

By Sunday evening Prue Tenney was despondent. She and the others in her class were supposed to write

In sunshine the old deserted house is a friendly landmark, and Gail even uses a shed on its grounds

Without realizing it, Carrie Giles has become a stranger in her own home. Four roomers have moved in

The Mystery of Dolphin Inlet, by James Holding (epub/Kindle/pdf)

Pete Hobbs, a fisherman's son in the Florida Keys, and Susan Frost, a go-getter from Tallahassee, jo

No Pockets In a Shroud: Manville Moon #4, by Richard Deming (epub/Kindle/pdf)