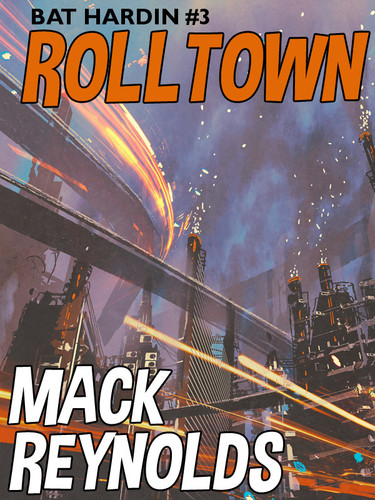 In Rolltown, Mack Reynolds has turned his productive imagination towards the growing phenomenon of mobile living in America. Taking us decades into the future, he tells the story of a world where people have taken to the road en masse, in huge mobile "towns" composed of hundreds or even thousands of inhabitants, attempting to deal with a hostile and over-organized world.

Mystery Rides the Rails, by Gilbert A. Lathrop (epub/Kindle/pdf)

They All Ran Away— Except Malcolm Hunter—the busiest body in town... And Evelyn, his la

The Realm of Unthought Things, was Dr. Jenks’ goal with his Thought-Machine, but all Butch and

With the masterful poignance of a Clifford Simak, George Zebrowski delivers a stirring and tension-f

Guns were illegal. Unless you were a member of Category Military, no one on Earth could own a gun. S