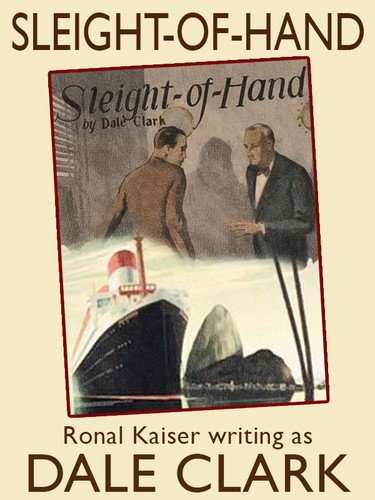 There are crooks, and other crooks—ranging from the lowly dip who lifts the contente of milady’s shopping hag to the international swindlers who count their booty In millions Harvey ranked somewhere between the two extremities. True, a certain dexterity with a pack of cards played a share in compiling his profits aboard the Trans-Atlantic liners, but he was far from being in a class with such men as Remsen, who awlndled the Prince of Algania out of a quarter million francs. In a single evening While be annually brought his share of trinkets into the country, Harvey would never be thought of in the same breath with “Diamond John” Munyan, cleverest of the jewel smugglers.

DANCE TO THE TUNE OF THE GUN! The cops told Joe Moran he was through as a private eye. They’d revok

What Are Friends For, by Eileen Gunn (epub/Kindle)

Could the innocent, beneficent aliens--"clothespins wearing a nest of snakes"--with all their boring

Years ago, Sheriff William Finch crossed the line and killed a man many would say richly deserved it

Negative of a Nude, by Charles E. Fritch (epub/Kindle)

It can be a nasty business, being a private eye. Tailing overage Lotharios, looking for the evidence

He had to bring his spirit back from the dead—and he didn’t care how he did it. A classi