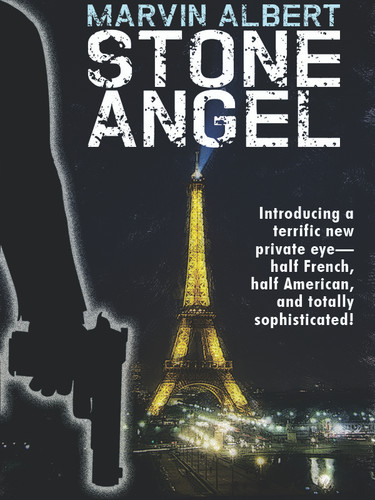 Pete Sawyer is a private eye of a different kind. The son of a World War II American pilot and a brave French resistance fighter, he grew up on both sides of the Atlantic--though he prefers his sun-dappled villa on the Riviera to most other places. He takes pleasure in a fine wine...and a good gun. His French name is Pierre-Ange, and it suits him. In English, it means Stone Angel.

Pete's been hired by a wealthy American couple to locate their missing teenaged daughter. But when the detective tracks down Sarah Byrne's most recent Paris address, he finds not the girl, but the bloody trail of a band of terrorists.

Pete Sawyer must use all his charm and cunning to solve these problems--and prevent a national disaster....

When an eccentric miser leaves his fort

Against the backdrop of the Cannes Film Festival in the French Riviera, private eye Peter Sawyer mus

The Five Hells of Orion, by Frederik Pohl (epub/Kindle/pdf)

Out in the great gas cloud of the Orion Nebula, McCray found an ally—and a foe!

Two sisters—who have nothing in common beyond their earliest memories. One dwells on her sickn

A World is Born, by Leigh Brackett (epub/Kindle)

The first ripples of blue fire touched Dio's men. Bolts of it fastened on gun-butts, and knuckles. M