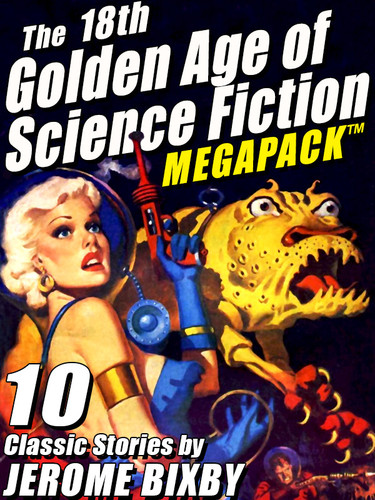 Jerome Bixby was an American short story writer, editor and scriptwriter, best known for his work in science fiction. (He also wrote many westerns and used the pseudonyms Jay Lewis Bixby, D. B. Lewis, Harry Neal, Albert Russell, J. Russell, M. St. Vivant, Thornecliff Herrick and Alger Rome). He is most famous for the 1953 story "It's a Good Life" which was the basis for a 1961 episode of The Twilight Zone TV series and in Twilight Zone: The Movie (1983). He also wrote four episodes for the classic Star Trek TV series. Bixby's final work was the screenplay for the 2007 cult sci-fi film The Man From Earth.

Stanley Grauman Weinbaum (1902 - 1935) was an American science fiction writer. His career in science