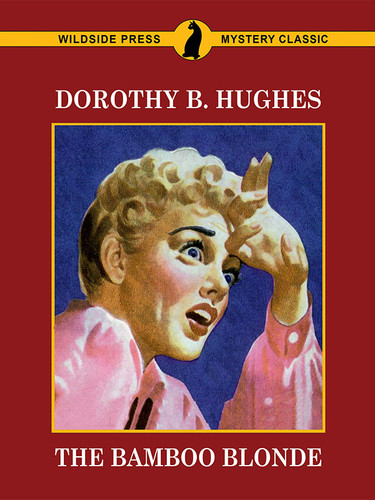 When Con Satterlee picked up the half-intoxicated blonde in the Bamboo Bar, Griselda was annoyed. When he walked out with the blonde, leaving Griselda flat, she was furious. She was frightened, too, returning alone to the isolated, ramshackle beach cottage. And this was to have been their second honeymoon!

Con came back rattling a handful of shells which he said he had taken from the blonde’s revolver. But the blonde didn’t come back. The police found her corpse the next morning. And then Con was arrested. That left Griselda alone, behind a door with a lock that a bent hairpin could open. Quite defenseless, she had to face the sinister Major Pembrooke, who wanted something from Con; beautiful, lying Kathie; Dare, so very possessive as far as Con was concerned; and the debonair Kew, who was intent on helping Griselda, for selfish reasons.

Death in the Back Seat, by Dorothy Cameron Disney (epub/Kindle/pdf)

The Avenger, by Matthew Blood (epub/Kindle/pdf)

"If you want a feel for the real Fifties in the form of a grim caper novel, this is your book. It's