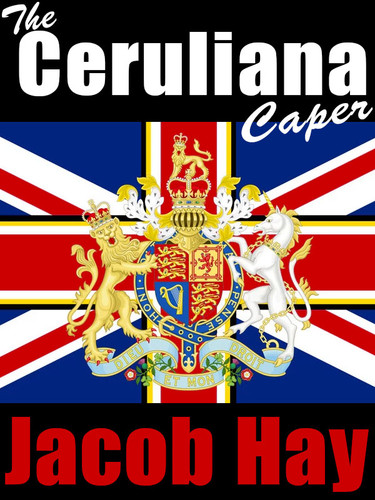 It is possible to suggest that Her Britannic Majesty’s Foreign Office was moved more by ancestral instinct than by its computers in selecting Sir Vyvyan Bultivant, to be the Governor General of the Pacific island kingdom of Ceruliana, which just might be the closest thing to a Paradise on this Earth. He was just the man for the job.

For nearly two decades prior to his appointment Sir Vyvyan had assisted materially in the dissolution of his nation’s once-mighty Empire. Did a newly emergent former Colony need advice on how to establish a Parliament? Did it need words of wisdom on how to set up its own equivalent of New Scotland Yard? Bultivant was there with the answers.

That Was the Day That Was, by Jacob Hay (epub/Kindle/pdf)

The Name of the Game, by Jacob Hay (epub/Kindle/pdf)

A cold-war comedy of errors ensues, when an experimental Agamemnon XI ICBM lands in the small town o

A Dagbur Agradamian espionage tale. This time, the press takes note of his surprising appearance at

Omega Agradamian was not bored, not in the least. From time to time it pleased him to think of himse