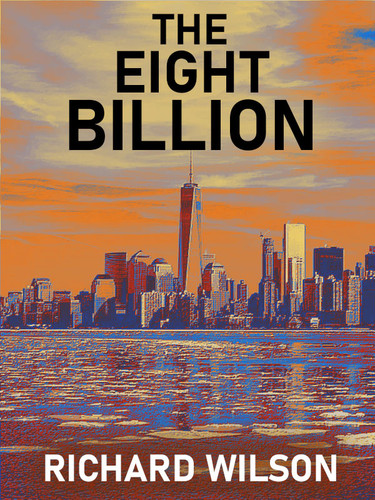 THE EIGHT BILLION derives its title from O. Henry’s THE FOUR MILLION and Meyer Berger’s THE EIGHT MILLION. The “serried bristling city" of New York does not, of course, contain eight billion people. If it did . . . well, read on. If this is not the overpopulation story to end all overpopulation stories, it will at least give them pause.

He had to be rid of both of these women—one who represented everything he should want, and did

The Evil Ones, by Richard Wilson (epub/Kindle/pdf)

The aliens chose their first contact at random. Did it really matter that it was a lunatic asylum?

The Maker of Gargoyles and Other Stories, by Clark Ashton Smith (epub/Kindle/.pdf)

Clark Ashton Smith was a prodigy, who wrote Arabian Nights novels in his mid-teens

Day of the Minotaur, by Thomas Burnett Swann (epub/Kindle)

In DAY OF THE MINOTAUR, modern readers at last have an opportunity to rediscover the imaginative

A thief specializing in jade decides to go for his big score—the fabulous Green Monkey, an inc

The Day They Had a War, by Richard Wilson (epub/Kindle/pdf)

What will you be doing the day the world ends?

The machine was not perfect. It could be tricked. It could make mistakes. And—it could learn!