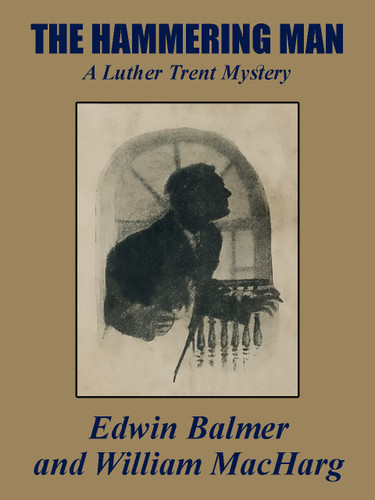 “The Hammering Man” (also published as “Decidedly Odd”) is part of Edwin Balmer and William B. MacHarg’s Luther Trant series, a 12-story sequence of mysteries featuring a detective armed with psychoanalysis. (It doesn’t hurt that Trant also has a keen analytical mind and can unravel the greatest of puzzles). The series began in 1909 in Hampton’s Magazine and was collected as The Achievements of Luther Trant in late 1910. In "The Hammering Man," Trent must unravel the puzzle of a advertisement with ties to Russia and a cypher with a hidden clue.

A classic tale of a great impersonation, originally published in The All-Story Magazine, April 1911.

This is the story of the Kentucky Chicken Farm, the Girl with the Beautiful Brown Eyes, and the Desp

There was no reason for buildings to fall, yet they did, filled with a weird murmuring...

G-7, emissary of an alien race of energy-beings, is sent to Earth to explore for energy sources his

The Power of Waking, by Nina Kiriki Hoffman (epub/Kindle)

When 11-year-old Abraham van Helsing attends the scientific unwrapping of a mummy with the father, h

King was a dog who had lost his master. But where was his master, Doc, in this ruined world that onc

FIFTY GUNS AGAINST HIM! The first warning Bruce Powell got was a bullet screaming past his head from