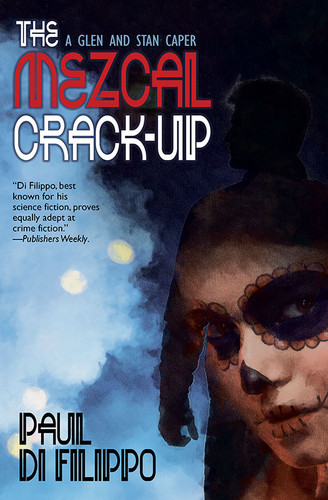 Perpetual scam artists Glen and Stan find themselves with a million-dollar stake after their last exploit. Of course, this money must be invested to provide for their future. Why? Because the boys must now go straight. Their notoriety from previous adventures now makes it impossible for them to continue as scammers.

The trouble is, they can’t agree on an investment.

Stan impulsively dumps his half of the money into Elysian Pavilion, a drug-and-alcohol rehab house. He wants Glen to do the same, but Glen wants to open a trendy mezcal bar.

An impassable roadblock looms before Glen in the form of the state’s chief liquor distributor, Oskar Stoltz, and his scary flunky, Doug McClatchy. Stoltz hates mezcal and won’t carry it.

All the pieces fall into place for a boutique mezcal distillery and a weekly rave, by which Glen will fulfill his dreams and get rich.

But the enmity of Stoltz and McClatchy has not abated. Danger, death, and destruction lie in the shadows—leading inexorably toward a final, apocalyptic confrontation!

PRAISE FOR THE GLEN AND STAN CAPERS

“[This] cocktail of classic noir blends a cast of sexy and larcenous guys and molls, a wittily suspenseful buildup, and a gasp-provoking payoff.” —Michael Bishop

22 Tales of of the fantastic -- science fiction, fantasy, fantastika, slipstream -- by one of the mo

On a rainy afternoon in an out-of-the-way bar, the lives of three men—a small-time hustler, a