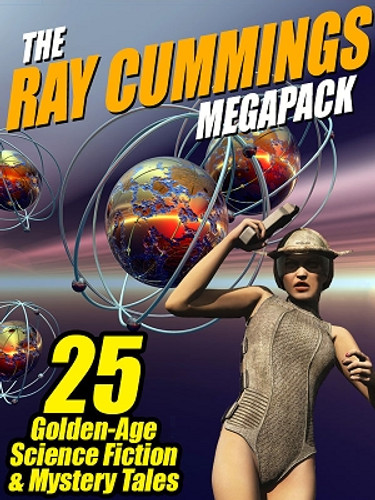 To anyone interested in the roots of modern science fiction, the name of Ray Cummings should be well known. He wrote science fiction and fantasy before the name "science fiction" had been coined, publishing fantastic yarns in Argosy, Munsey’s Magazine, and other mainstream pulp magazines. Of course, as soon as the science fiction pulps debuted, he moved to them, where his work received a hearty welcome from fans. Cummings publishing more than 750 novels and short stories over his long career, producing work in many genres, including the mystery field (see “Atom Boy” in this MEGAPACK™ for one prime example). We are pleased to showcase 25 of his tales, ranging from science fiction to fantasy to mystery...more than 1,500 pages of great reading!

And don't forget to search this ebook store for "Wildside MEGAPACK™" to see more entries in this series, covering classic authors and subjects like mysteries, science fiction, westerns, ghost stories -- and much, much more!

The Realm of Unthought Thing