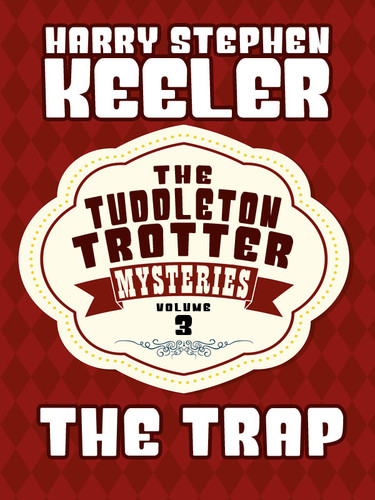 "My guiltiest pleasure is Harry Stephen Keeler. He may been the greatest bad writer America has ever produced. Or perhaps the worst great writer. I do not know. There are few faults you can accuse him of that he is not guilty of. But I love him." -- Neil Gaiman

Sheriff Lafe Whitecotton has a problem: sleepwalking Whisperwell Jenkins has stolen and burned some important evidence -- as well as $500 in cold cash! -- from his office and now everyone blames him for just about everything. Throw in a mysterious letter that claims that a book called THE CHINESE CHARACTER holds the clue to a murder and a doddering old detective named Tuddleton Trotter and you have the makings of one of the goldangdest Keeler novels that never made it to print! How Lafe and Tuddleton band together to solve this case is a tale only webworking Harry Stephen Keeler could have devised.

The Case of the Jeweled Ragpicker (The Screwball Circus Mysteries, Vol. 3), by Harry Stephen Keeler (epub/Kindle/pdf)

The Mystery of the Fiddling Cracksman, by Harry Stephen Keeler (epub/Kindle/pdf)

Wild, fantastic, yet overwhelmingly logical, this yarn could come only from Chicago's own Sherlock H

It all began with a mysterious black satchel stitched closed with silver wire. Mrs. Matilda Hunter,

The Case of the Barking Clock (The Tuddleton Trotter Mysteries, Vol. 2), by Harry Stephen Keeler and Hazel Goodwin Keeler (epub/Kindle/pdf)

The Frontier Motel was the pride and joy of the Price family, especially David, aged twelve, who hel

When Roger first looked up at the tree house, he thought he saw something moving at the window. No o