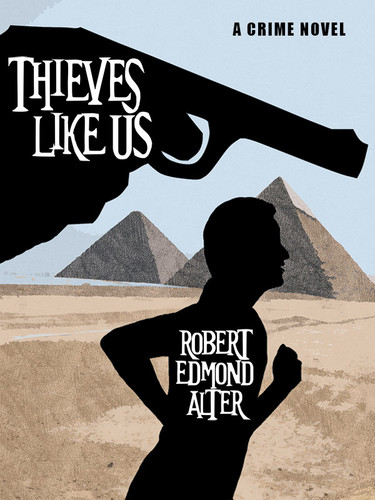 Cheops' daughter, the story goes, earned the money for her pyramid by practicing what was even then the Oldest Profession. Her price had been one stone per man. She built a pretty big pyramid.

Many centuries later, beautiful Greta Brandt also made some fancy burial plans -- but they were for her husband Farley, who wasn't dead yet. And until he was, Greta intended to leave no stone unturned.

Then she met Dave Ferris, a young and not-too-scrupulous archaeologist, who could be bought for the price of bail. And although he was a new hand at Greta's game, he was learning fast...and he was not made of stone.

A rich and beautiful young woman is given a spiked drink by a visiting British lord, who plans to an

When he saw the school teacher in the window, he had to have her. Not only would the robot be a grea

The Tell, by David Brin (epub/Kindle)

Not too far from now, the world is in a new arms race for predictive algorithms, a la Hari Seldon. T

Sex and the High Command, by John Boyd (epub/Kindle/pdf)

Dr. Henrietta Carey, leader of the Fems, was the first woman candidate for president and the perfect