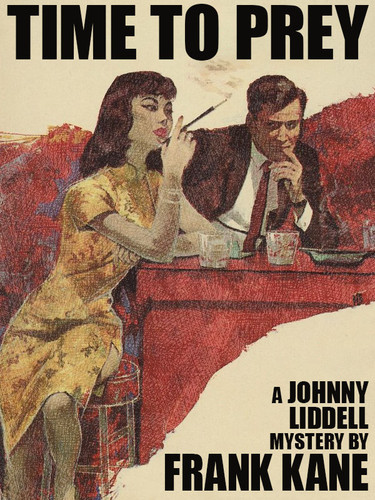 It wasn’t his case…his girl…or his problem…but Johnny Liddell had a personal interest in this little caper.

He didn’t ask to be the Feds’ “receiver” on a pass of inside info on the smuggling racket, but he was. He didn’t ask to have a couple of hoods beat the living daylights out of him to get the info back, but they did. As a matter of fact, for the first time in his life, Johnny Liddell wasn’t asking for trouble.

But when a lovely doll invited him to see her later, and murder turned later into never again, Johnny asked in—in to the bloody end.

On a rainy afternoon in an out-of-the-way bar, the lives of three men—a small-time hustler, a