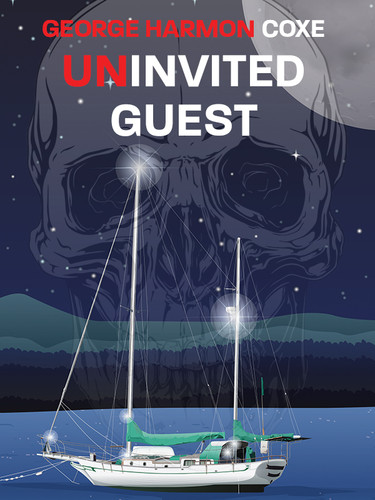 Trouble struck the schooner Griselda at 9:40 on an April evening. It was not the fault of the weather or the sea or the soundness of her hull. The trouble was human. A woman. Her name was Julia Parks, though in the beginning she insisted it was Lambert.

It was hard to blame Howard Crane for bringing her aboard, because Julia always got what she wanted. What she wanted in this case was money. Keith Lambert’s—her ex-husband’s—money. That there were others too who wanted it was one of the first things that came to the minds of the Barbados police the next morning when Julia was found suffocated in her cabin. But the only trail they had to follow was one of tangled lives and tangled motives that led to jealousy, blackmail, native secrecy, and sudden death — all against the peaceful tropical background of picturesque Barbados.

Here is another of the highly polished, tightly knit, and suspenseful mysteries that have made George Harmon Coxe for almost twenty years one of the deans of mystery writers.

George Oliver Smith (1911–1981) (not to be confused with George H. Smith) was an American science fi

LOVED TO DEATH! Actually, she hadn't been worth getting involved with. Yet, the fact remained that

The action of the story all takes place in New York, beneath the shadow of the Brooklyn Bridge. Ther

One of Keeler's best, this is the second half of the notorious Marceau case, where a strangler baby

Nobody knew the trouble she'd been in -- until it caught up with her. And then it was murder! "Mac