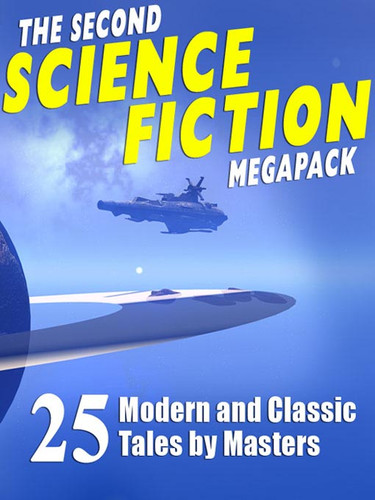 WHAT'S HE DOING IN THERE? by Fritz Leiber
THE MARCHING MORONS, by C.M. Kornbluth
GHOST, by Darrell Schweitzer
DEATH WISH, by Robert Sheckley
THE WAVERIES, by Fredric Brown
ADAM AND NO EVE, by Alfred Bester
FOXY LADY, by Lawrence Watt-Evans
THIN EDGE, by Randall Garrett
COMPANDROID, by Nina Kiriki Hoffman
POSTMARK GANYMEDE, by Robert Silverberg
KEEP OUT, by Fredric Brown
THE HATE DISEASE, by Murray Leinster
UNIVERSAL DONOR, by Nina Kiriki Hoffman
THE GREEN BERET, by Tom Purdom
MR. SPACESHIP, by Philip K. Dick
BRKNK'S BOUNTY, by Jerry Sohl
THE BATTLE OF LITTLE BIG SCIENCE, by Pamela Rentz
THE EGO MACHINE, by Henry Kuttner
THE MAN FROM TIME, by Frank Belknap Long
THE SENSITIVE MAN, by Poul Anderson
REVOLUTION, by Mack Reynolds
THE THING IN THE ATTIC, by James Blish
KNOTWORK, by Nina Kiriki Hoffman
THE DUELING MACHINE, by Ben Bova and Myron R. Lewis
THE PLANET SAVERS, by Marion Zimmer Bradley

And don't forget to check out all the other volumes in the "MEGAPACK™" series! Search on " MEGAPACK™" in the ebook store to see the complete list...covering adventure stories, military, fantasy, ghost stories, and more!