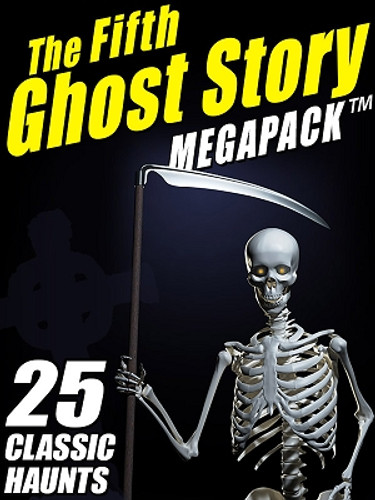 A TALE OF A GAS-LIT GHOST, by Anonymous
DOG OR DEMON? by Theo Gift
THE STORY OF MEDHANS LEA, by E. Heron & H. Heron
HOW FEAR DEPARTED FROM THE LONG GALLERY, by E. F. Benson
ON THE BRIGHTON ROAD, by Richard Middleton
THE NEW PASS, by Amelia B. Edwards
THE VIOLET CAR, by E. Nesbit
KENTUCKY'S GHOST, by Elizabeth Stuart Phelps Ward
THE SHIP THAT SAW A GHOST, by Frank Norris
CHRISTMAS EVE ON A HAUNTED HULK, by Frank Cowper
YUKI-ONNA, by Lafcadio Hearn
THE ADVENTURE OF THE GERMAN STUDENT, by Washington Irving
FULLCIRCLE, by John Buchan
THE GHOST IN THE CAP'N BROWN HOUSE, by Harriet Beecher Stowe
THE STRANGER, by Ambrose Bierce
THE SOUTHWEST CHAMBER, by Mary E. Wilkins Freeman
THE READJUSTMENT, by Mary Austin
EVELINE'S VISITANT, by Mary Elizabeth Braddon
SIR EDMUND ORME, by Henry James
THE HAUNTED DRAGOON, by Arthur Thomas Quiller-Couch
THE PICTURE ON THE WALL, by Katharine Tynan
THE BANSHEE'S WARNING, by Charlotte Riddell
THE SERPENT'S HEAD, by Lady Dilke
THE DEAD MAN OF VARLEY GRANGE, by Anonymous
THE SCREAMING SKULL, by F. Marion Crawford

If you enjoy this book, search your favorite ebook store for "Wildside Press Megapack" to see the more than 170 other entries in the series, covering science fiction, modern authors, mysteries, westerns, classics, adventure stories, and much, much more!

The Masters, by Theodore Cogswell (epub/Kindle/pdf)

A "last person on Earth" tale, set after an alien invasion has wiped out humanity... The last reside

Welcome to The Seventh Ghost Story MEGAPACK®!! Once more we have a wide-ranging assortment of su