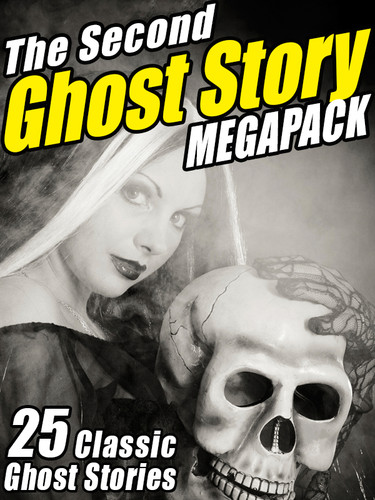 THE SIGNAL-MAN, by Charles Dickens
THE SOUL OF THE GREAT BELL, by Lafcadio Hearn
PRESENT AT A HANGING, by Ambrose Bierce
CANON ALBERIC'S SCRAP-BOOK by M. R. James
THE MASS OF SHADOWS, by Anatole France
THE SILENT WTHE MAN WHO WENT TOO FAR, by E.F. Benson
THE THING AT NOLAN, by Ambrose Bierce
THE PHANTOM 'RICKSHAW, by Rudyard Kipling
THE RIVAL GHOSTS by Brander Matthews
THE INTERVAL, by Vincent O'Sullivan
A GHOST, by Guy De Maupassant
A COLD GREETING, by Ambrose Bierce
THE TURN OF THE SCREW, by Henry James
THE SHADOWS ON THE WALL, by Mary E. Wilkins Freeman
THE MESSENGER, by Robert W. Chambers
THE BEAST WITH FIVE FINGERS, by W. F. Harvey
WHAT WAS IT?, by Fitz-James O'Brien
THE SHELL OF SENSE, by  Olivia Howard Dunbar
THE WOMAN AT SEVEN BROTHERS, by  Wilbur Daniel Steele
AT THE GATE, by Myla Jo Closser
LIGEIA, by  Edgar Allan Poe
THE HAUNTED ORCHARD, by Richard Le Gallienne
KERFOL, by Edith Wharton
THE WIND IN THE ROSE-BUSH, by Mary E. Wilkins Freeman
THE STORY OF MING-Y, by Lafcadio Hearn

And don't forget to search this ebook store for more entries in the Wildside's MEGAPACK™ series, covering everything from science fiction & fantasy to classic literature and pulp fiction, from mysteries to westerns to children's literature -- and much, much more!