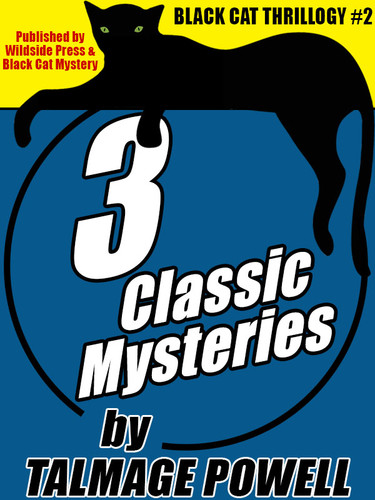 Welcome to the second volume of The Black Cat Mystery Community’s "Thrillogy" series, celebrating classic mystery short stories. This time we focus on the work of Talmage Powell (1920-2000). Included are:

He wrote his first novel, The Smasher, in 1959. Other notable works include the novel The Killer is Mine, a number of Ellery Queen novels he ghost-wrote, novelizations of the TV series Mission: Impossible and scenarios for the TV series Alfred Hitchcock Presents.

Hervie Taylor, a small, mild-mannered man, stabbed her and chopped her up into mincemeat after years