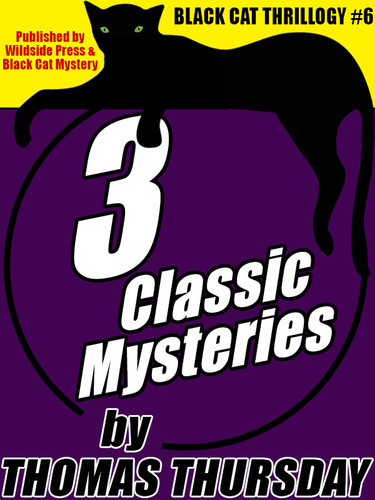 Thomas Thursday (1894–1974) was a lesser-known pulp writer who ended up having one of the longest careers writing for the pulp magazines. His first published short story, “A Stroke of Genius,” appeared in Top-Notch (April 1, 1918 issue). He submitted the story to them after finding an old issue in the subway.

He used the penname “Thursday” after glancing at a calendar. His real name remains a mystery. He was still appearing in the pulps in the late 1950s, after which the magazine format all but disappeared from the newsstands.

Thursday was primarily a humorist, one of the few in the pulps. He appeared regularly in Top-Notch through the mid-20s, then transitioned to Argosy. Many of his story titles featured wordplay, e.g. “Illiterature” (People’s Favorite Magazine, April 10, 1919), “Young Mild West” (Argosy All-Story Weekly, February 28, 1925), or “Of Lice and Men” (The Phantom Detective, September 1940). Many of his stories centered on circuses and sideshows.

Thursday had worked for numerous circuses in his youth. Swindles and scams were a frequent theme.