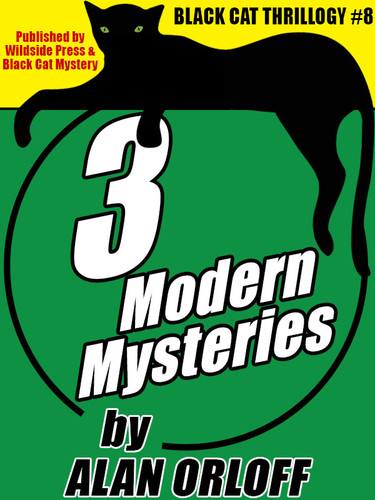 Alan Orloff is one of the most popular emerging mystery writers. His work has been nominated for Derringer and Agatha Awards, and one of his stories was selected for The Best American Mystery Stories (2018). For his debut appearance in the Black Cat THRILLOGY series, he has selected three of his best short stories:

"House Call"
"Stormy, With a Chance of Murder"
"The Last Loose End"