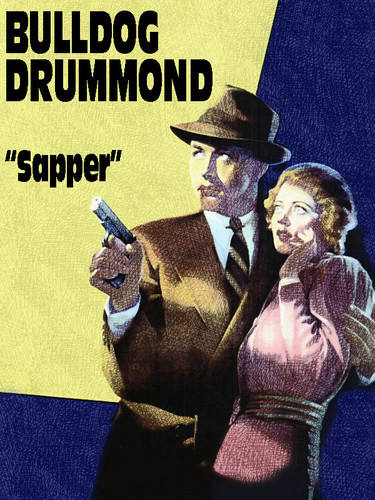 Hugh "Bulldog" Drummond is a World War I veteran, brutalised by his experiences in the trenches and bored with his post-war lifestyle. He publishes an advertisement looking for adventure, and soon finds himself embroiled in a series of exploits, many of which involve Carl Peterson—who becomes his nemesis—and Peterson's mistress, the femme fatale, Irma.

"Sapper" —the pseudonym of H. C. McNeile—wrote ten Drummond novels, four short stories, four stage plays, and a screenplay before his death in 1937.

Weirdbook returns after a nearly 20-year hiatus under the editorship of Douglas Draa! Here are great

Think of Jasper Shrig as a 19th century Sherlock Holmes. Thrilling events follow each other with the

The Most Dangerous Game, by Richard Connell (epub/Kindle/pdf)

After falling overboard from a yacht, Sanger Rainsford swims to a nearby island. There General Zarof

The House In Turk Street, by Dashiell Hammett (epub/Kindle/pdf)

"The House in Turk Street" is an early short story by Dashiell Hammett, featuring the Continental Op

The Ship of Ishtar, by A. Merritt (epub/Kindle/pdf)