Cheer for the Dead: A Pat Campbell Detective Story, by Eli Colter (epub/Kindle/pdf) 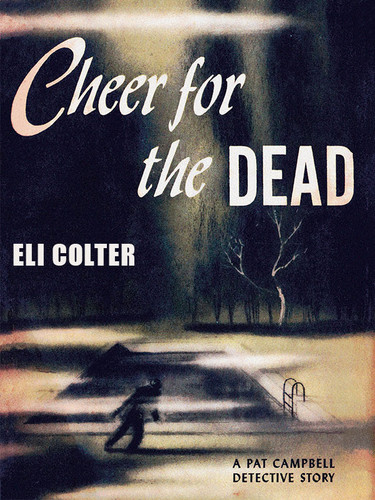 Cheer for the Dead: A Pat Campbell Detective Story, by Eli Colter (epub/Kindle/pdf)

Pat Campbell is back -- the big man, six-foot six to be exact, with the big heart -- in a story brimming with action and suspense... Clients were more than paying customers to Pat Campbell. they were friends -- whose problems remained his problems even after they themselves ceased to care... Wark Andross -- for one -- was certainly beyond earthly cares now. Wark was a man whom people loved without regard for his millions. It was entirely fitting, therefore, that the press should memorialize his untimely death as "Unfortunate! Regrettable! Deplorable!" And it was natural for the police -- circumstances being what they were -- to tag the case as just another unfortunate accident.

But Pat Campbell was dissatisfied with the tearful condolences on the one hand and the routine judgments on the other. To his mind, there were too many questions about Wark's death still unanswered; too many evasions and conflicting reports. Somehow it didn't seem reasonable that a man in the prime of his life, in full posession of his faculties would... And for murder, eight million dollars could prove a powerful incentive! So Pat went to work. And soon he found himself locked in a struggle to the finish with a desparate -- but resourceful -- murderer.

7 to 12: A Detective Story, by Anna Katharine Green (epub/Kindle/pdf)

This volume includes two classic mystery stories by Anna Katharine Green: "7 to 12" and "One More Ho

"Born with the Dead" is a science fiction novella by Robert Silverberg. It describes a near-future w