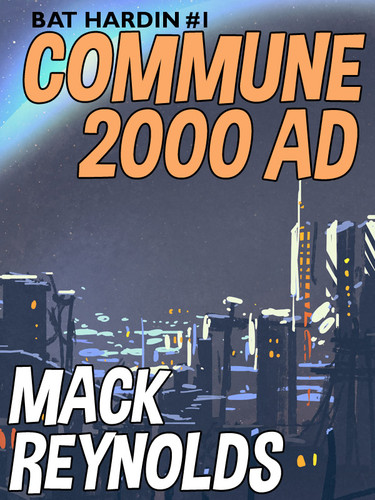 It was the future perfect, the greatest society in human history, with peace and plenty, and total sexual freedom. Utopia paid you the Universal Guaranteed Income, whether you worked or not. Yet something was wrong - it was a fractured utopia.

By the thousands, the disenchanted fled the cities to join tiny, mobile towns that sprang up wildly. It was called The Commune Phenomenon. Super leaders of the super future challenged Swain to locate the worm of discontent. Strange, because Swain himself felt gnawed by corruption, distracted by lust, troubled by danger.

Julian West had been put into a hypnotic trance and placed in a sealed room. Then the house burned d

Child of the Sun, by Leigh Brackett (epub/Kindle/pdf)

Far beyond molten Mercury flashed the Patrol-pursued Falcon.... Out to where black Vulcan whirled hi

The Governor of Glave, by Keith Laumer (epub/Kindle/pdf)

The revolution was over and peace restored—so naturally Retief expected the worst!

Two old men. Two folding chairs. One set of binoculars. A lot of things to watch—including a b

The voluptuous golden civilization of Arron was doomed. Licentious laughter echoed through the water