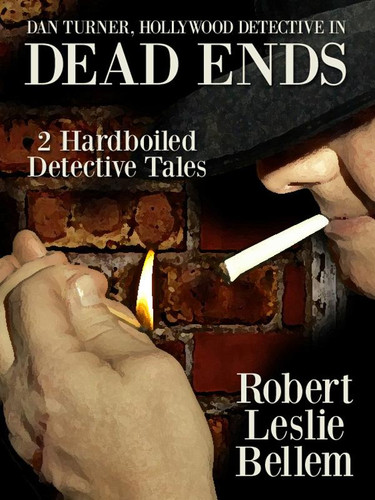 In “Death Ends the Scene,” a washed-up movie-director is going to knock himself off in order to give his no-good bride a double-indemnity payoff—and Dan Turner, trying to do a couple of good deeds, finds himself facing a murder rap with some very hard gunsels making it tough!

In “Phony Shakedown,” Dan thinks the girl shot at him, and it didn’t make him any the less mad because she had missed. But before he can make her talk, another bullet closes her mouth. That sort of interference in Dan’s business is the last straw! Somebody is going to pay—and plenty.

City Limits, by Will Oursler (writing as Nick Marino) (epub/Kindle/pdf)

The call-girl ring had it easy. The girls worked their customers in the city, but their headquarters

Though he did work for a small-town newspaper, Ken Svederup had been around, and to him the expense-

By the Watchman's Clock, by Zenith Brown (writing as Leslie Ford) (epub/Kindle/pdf)

Slowly I turned to face the hall and the doorway. I waited in an agony of suspense. The great house

The original paperback proclaims, "He ripped out the guts of an entire city to find the one hell-hol