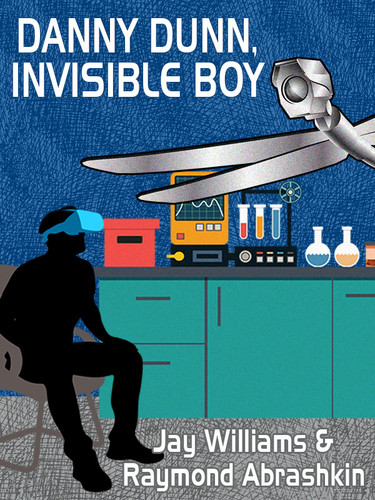 A mistake by Danny leads to one of the Professor's most startling inventions—ISIT, the Invisibility Simulator with Intromittent Transmission—a dragonfly-like probe which could be piloted with a telepresence helmet and gauntlet gloves. They all get to try it out. Irene uses it for bird watching. Joe investigates a bee hive. And Danny discovers a bully plans to cheat in a spelling bee. But none of them realizes the ISIT has military possibilities—until a general tries to seize it!

A classic Lost Race novel, originally pbulished in the De

The Dark Eyes of London, by Edgar Wallace (epub/Kindle/pdf)

Inspector Holt is enjoying the Cafe de la Paix and the Boulevard des Italiens. He and his valet Sunn

A detective tale of unusual interest—scene laid in an ancient feudal castle, with secret passa

Peggy Wayne, a graduate nurse, applies for a position as airline hostess with Skylines, Inc. After p