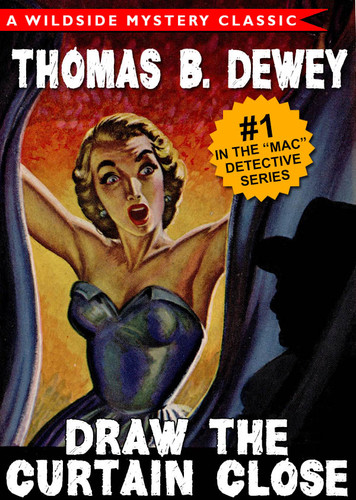 PORTRAIT OF A PRIVATE COP...

"Call me Mac... I'm just a guy. I go around and get in jams and then try to figure a way out of them. I don't make very much money and most people insult me one way or another... I'm a fairly good shot with small arms, show-thinking but thorough, and very dirty in a clinch."

Mac gets into a jam this time even when he turns a job down. And all because of a book, an ex-gangster's patrician wife, and a red-headed cabaret doll. When all the blood is washed off and the smoke clears away, Mac has a murderer pinned down -- but he doesn't earn much more than a reputation as the most indestrictible man in the business.

A slightly shady congressmen... His sulky 18-year-old daughter... A dead bodyguard... And blackmail!