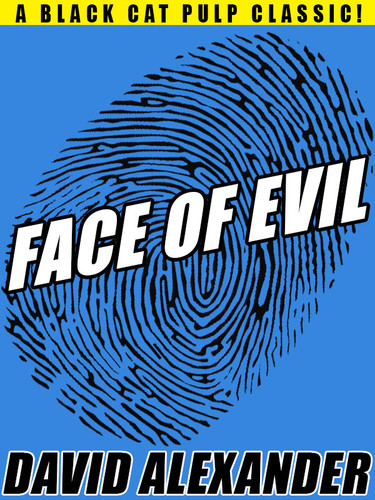 It was noon and the stocky detective with the swarthy face waited in the corridor of the City Hospital. He was a middle-aged man with heavily defined features. His coarse dark hair was salted with gray and a little string of sweat beads glistened on his forehead. His heavy shoulders drooped from fatigue. His eyes were large and dark and there was weary compassion in them as if they had looked upon the thousand faces of human life, neither with despair nor hope, but only with a patient acceptance. The whites of the eyes were filamented with bloody threads. He had not slept the night before. He had stayed on duty because the psychopathic killer the papers called The Butcher was loose again.

The detective’s name was Romano. He was a lieutenant of Homicide, Manhattan West.

Something In the Air, by David Alexander (epub/Kindle/pdf)

Bardo, an agent for the secret police in an unspecified "Capital," is in a particular town to bodygu

Marcia Allen is a woman who is

The Other Ones, by David Alexander (epub/Kindle/pdf)

What happens if you've killed someone famous and end up in the afterlife? Here is a tale of the worl

August is just crazy in Greenwich Village when you're a cop—a full moon, an exceptionally heat wave,