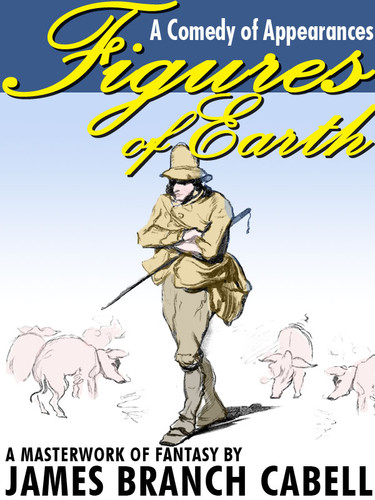 Figures of Earth: A Comedy of Appearances s a fantasy novel or ironic romance by James Branch Cabell, set in the imaginary French province of Poictesme during the first half of the 13th century. The book follows the earthly career of Dom Manuel the Redeemer from his origins as a swineherd, through his elevation to the rank of Count of Poictesme, to his death. It forms the second volume of Cabell's gigantic Biography of the Life of Manuel.

There Were Two Pirates, by James Branch Cabell (epub/Kindle/pdf)

His name was José Gasparilla, and he was the self-proclaimed King of Pirates. He terrorized the wate

Something About Eve: A  Comedy  of  Fig-leaves, by James Branch Cabell (epub/Kindle)

When Bill Wayne's friends began throwing bullets his way, he figured it was time to find out what th