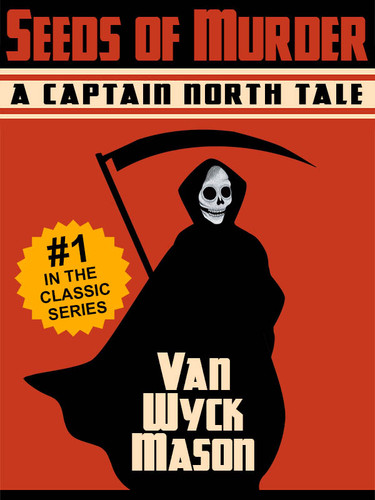 When Mr. Wallace was found neatly suspended from a hook in the bathroom ceiling, with a slender chain around his neck and the wastebasket on which he had stood carefully kicked away, there seemed little doubt of it. Especially as there was a note in the dead man's handwriting saying, "I am worried, tired, and sick of heart. Why go on with this senseless struggle? Disgrace faces me."

But -- why was the sheet on which the note was written shorter than all the other sheets on the desk? Where had the three seeds that come from that were found near the body, and why should Wallace, partner in a brokerage house, have chosen the beginning of a merry Long Island house party to have committed suicide? Captain North, late of the American Intelligence Service, saw these things, and they puzzled him.

Before that dreadful night was over, death struck again, and the terrified house guests knew that in their midst was a killer -- cold blooded, ruthless, efficents -- and always the three white seeds followed in his wake ... a symbol of death!