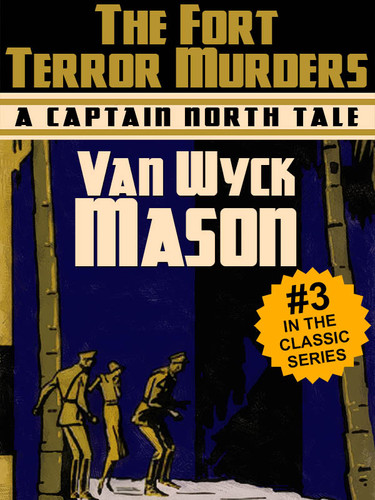 Captain Hugh North, D.C.I., arrived at Fort Espato (in English, "Fort Terror") with no thought of treasure or tragedy -- but both awaited him there. An American army port superseded the old ruin now, but when the Spanish controlled the Philippines, it had been an ill-fated and much-used fort. Some legendary menace hung over its somber vaults and passages, but when two men vanished into its depths one evening and did not reappear, North saw only a living hand where others saw inexplicable terror. To track the killer who not only murdered but caused his victims to disappear completely baffled even Captain North, until he found the beads with the markings that did not match, and a bit of paper in a dead man's hand!

THE REDS WOULD GIVE A SPIRE OFF THE KREMLIN to lay hands on Dr. Hans Bracht, America's foremost miss