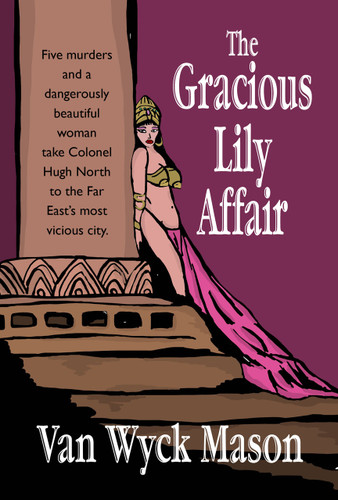 Someone is plotting the start of World War III. Colonel North sets out to find the mastermind, but United States Intelligence calls him off the case. In spite of the five men mysteriously murdered, the government says there is no proof of the conspiracy. But North knows it is true. And he chooses to pit himself singlehandedly against a vicious ring of spies to prove it!

"A Bermuda houseparty loses its gaiety after the ocean races when Col. North is recalled to duty because there seems to be an obtrusion of international throat-cutting (a transfer of submarines), a shifting of gold bars to be delivered, and a to-do in drugs. Dead bodies -- and live and seductive ones too -- are a starter for a race against time which leads to China where major moves by the intrepid Colonel foil a Soviet-Red China combine. At the price a lot for your money with North still in the lead." -- Kirkus Reviews

THE REDS WOULD GIVE A SPIRE OFF THE KREMLIN to lay hands on Dr. Hans Bracht, America's foremost miss