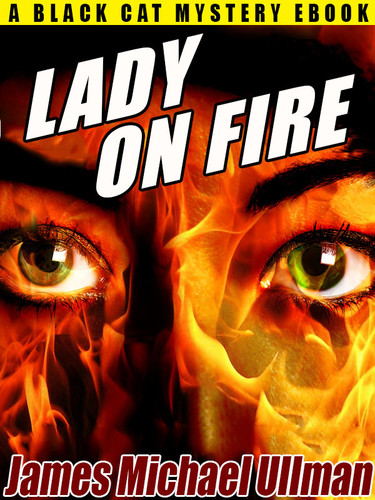 James Michael Ullman (1925-1997) was an American novelist and newspaper writer/editor known for his work in and about the Chicago area. Ullman served in World War II and the U.S. Navy for two and a half years, and also served as an Air Force civilian employee on Guam. He was educated at Chicago's Wright Junior College and De Paul University, eventually receiving a Masters in Journalism from Northwestern University in 1954. He became a newspaperman soon after, serving as police reporter on the La Porte, Indiana Herald-Argus, then as editor of the Skokie, IL News, and served as head of the United Press Bureau’s Chicago desk. He won a prize in Ellery Queen Mystery Magazine’s 1953 contest with his first story, "Anything New on the Strangler?" His short stories continued to appear in EQMM through the early 1960s, when he turned to novels. This volume selects four of his best:

When Joey Marco gets into the strange woman's car and she offers him a job, he knows she's nuts. He'

Barlow drove too fast, didn't stay in his own lane, abused other drivers on the road, and even drank

Night of the Twisters, by James Michael Ullman (epub/Kindle/pdf)

For the past fourteen years, the population of Sunset -- 84 people -- looked to their deputy sheriff