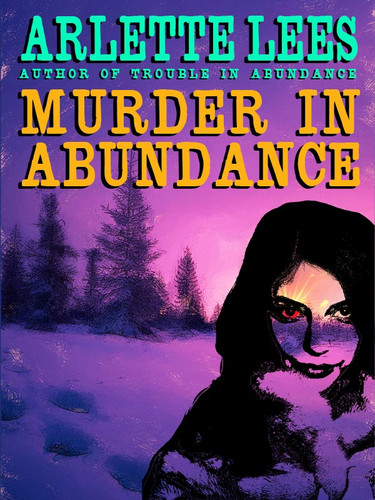 The morning after the season's worst blizzard of the year, Deputies Frank "Frack" Telusky and Robely Danner of the small farming community of Abundance, Wisconsin, are called to a remote section of woods, where they find a handcuffed man frozen to a tree. Since no one local has been reported missing they wonder if The Iceman is the driver of the overdue van out of Minnesota, reportedly carrying a fortune in silver fox coats. If so, where's the van and where are the coats?

On the far edge of town, retired schoolteacher, Miss Jennie Lovelace, rents the attic dorm of her big Victorian house to three unlikely roommates, Rosalie and Sylvia -- the feuding Dearborn twins -- and beautiful, brainy CPA, Marlis Underhill, who works at Bratton Moving and Storage a few miles from town. She learns that her predecessor, Ruth Chambers, argued with the boss one afternoon and hasn't been seen since. When Marlis finds Ruth's purse hidden in a file cabinet at work, complete with money, identification and a mysterious diary, she decides it's time to have a talk with Deputy Danner.

Old man Whittaker, in the prime of life, has been sentenced to die of cancer, and it is his strange

Welcome to Black Cat Weekly #38. This issue, we have some real gems—starting with our featured