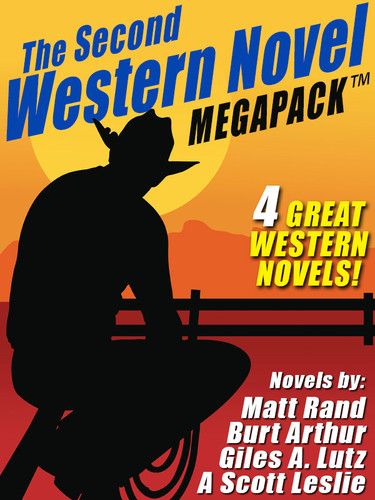 The Second Western Novel MEGAPACK™ presents four more great tales of the Old West, by four different writers. Included in this volume are:

Dave Moore rode into town for a drink and a rest...and stayed to fight for his life!

Westward, the wagons thundered. Out there lay Texas -- an empire for a man with guts enough to wrest it from bandits, murderers, and hostile tribes...a man like O'Shaughnessy!

ARIZONA RANGER, by A. Scott Leslie

Lawless terror gripped Southwest Arizona! Bandits pillaged and plundered. Gambling dens and brothels flourished openly. Men drank and died from the devil's brew of blood and whiskey, gunsmoke and gold. Into this bullet-spattered hell Rance Hatfield brought the law of the Rangers...

IT HAPPENED IN A TOWN NAMED LAWLESS, by Matt Rand

It was a town where they asked no questions. The marshal was dead, and they needed a man handy with his six-guns. They swore the stranger in, and then they realized what he was. The worst kind of marshal any town can have: a killer with a badge!