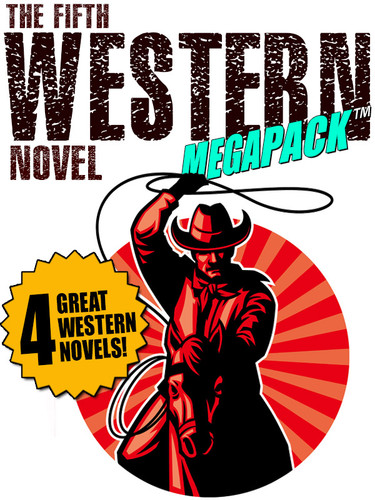 MANHUNT WEST, by Walker A. Tompkins ... Fleeing a posse, Cleve Logan boards a riverboat loaded with outlaws. Hands are dealt in a desperate game -- and Death will take the last trick!

THE RENEGADE HILLS, by Allan K. Echols ... Saddle up -- and ride hell-bent-for-leather down the trail to a hidden valley -- but keep your guns loose in your holsters, 'cause you're riding to an outlaw showdown in the Renegade Hills!

LAST-CHANCE RANGE, by Dean Owen ... Byrd Elkhart called the Territory his private range. He strung his barbed wire across forty miles of it, and the other ranchers just stood by with their tails between their legs. But then a different breed of man showed up in the person of Clay Janner, of Texas -- and he was going to drive his scrawny herd over the range even if he had to turn the whole Territory into a six-gun shambles!

POWDER SMOKE, by Jackson Gregory ... "Double pay," Bart Warbuck told his gunmen, "and give hundred more to the one who gets Jeff Cody!" -- It was as simple as that if you were Warbuck, had 30 killers on your payroll, and made the law whatever you wanted it to be. But it was hard to take if you were young Cody, and if the only gun you could rely on was the one in your belt. And if you alone could stop Bart Warbuck!