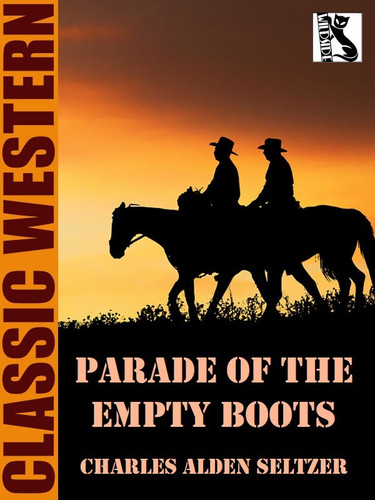 When Brent Stoddard, frontier Marshal, discovered the body of Pierre Villers, murdered Southern planter, he found a locket containing the picture of a beautiful girl. That locket led him to Mississippi and a romance; and the fact that he caught Viller’s killer in record time led him into a hornet’s nest of trouble of the sort that requires plenty of quick thinking and fast shooting to handle. How he quelled a band of river pirates and found a bride at the end of the trail makes one of the most thrilling stories ever to come from Charles Alden Seltzer’s gifted pen.

#8 in the Hugh North series.

A man survives a terrible plague, with a new Force in his mind which gives him courage and enables h

The memory of a beautiful Mexican girl lures a cowboy south of the border...to danger!

A golf tan doesn't belong on a corpse, even one in an upscale Greenwich living room. This golfer get

Laughter Out of Space, by John Russell Fearn (epub/Kindle)

It was a plague of laughter fits—fits that left the sufferers dead. But what was the origin? A

The law-books were thick, comprehensive—and all written in Lurarian. Armstrong cursed as he tr

The first Black Cat Mystery Magazine of 2021 presents 7 compelling original tales, plus a classic re

Do Unto Others, by Broderick, Damien (epub/Kindle)