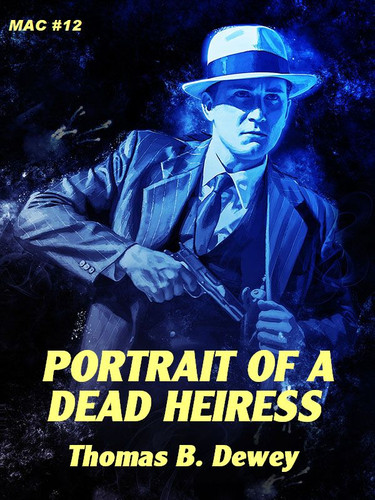 The beautiful heiress had done a foolproof job on herself. After a large dose of sleeping pills, she'd slashed her wrists, then climbed into the tub and drowned.

Only her fiance said suicide was impossible and begged Mac to help, at any price. And when Mac started to investigate, he found that even the police weren't so sure of suicide—if the cop on his tail was any indication.

And there were other oddities. Huge periodic withdrawals in the dead woman's bankbook. The homosexual artist who said he'd loved her. The seamy world of the slums where she'd made secret visits for years.

Each clue Mac uncovered sketched out a case that was anything open and shut - and a portrait of a dead heiress who had led two lives.

This is the 12th suspense novel about Mac, the Chicago private eye, whom Anthony Boucher called "one of fiction's best private detectives, solidly and humanly in the Hammett tradition."

The Girl Behind the Hedge, by Mickey Spillane (epub/Kindle/pdf)

Harrison leaped to his death from the window of a hotel room. The door was locked and there was no p