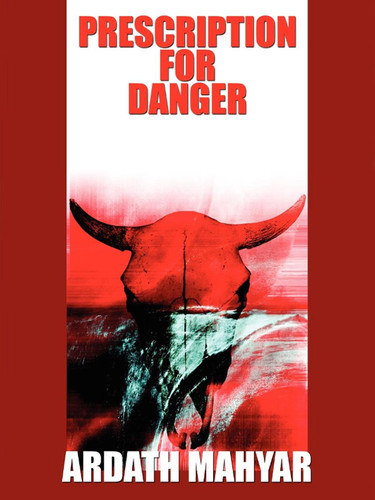 When Dr. Nicholas Blasingame joins his cousin Alicia and her husband in East Texas, he is scarred from political battles in Baltimore, where he lost his efforts at reform. In this new place he hopes to practice medicine and rebuild his life without conflict. Unfortunately, he finds political corruption as deeply entrenched in Moreno, Texas, as it was in Baltimore, this time in the hands of the elected officials, including the sheriff.

Joining Alicia and Bart in their efforts to prevent abuse and outright theft, he finds himself threatened along with his kin. The only way he can handle this is by forgetting his life-long reluctance to take up arms and to accept the help of some unlikely allies.

"I'm continually amazed at Mayhar's ability to draw the reader seamlessly into her historical narratives. You can smell the gunpowder in this one!" --Robert Reginald.

Ardath Mayhar is the author of more than sixty books, including science fiction, fantasy, western literature, poetry, and young adult tales, many of them being published by the Borgo Press imprint of Wildside Press. She lives and works in Eastern Texas.

When twins Bud and Lindy discover that the Little People--the Turnipins--are real, they must fight t

Profile of a Murder: A Lt. Valcour Mystery, by Rufus King (epub/Kindle/pdf)

Pit and the Princess, by John Gregory Betancourt (epub/Kindle/pdf)

Peter Geller is sent to Las Vegas to find a crime boss's niece, but things take an unexpected turn w

This volume collects both of Sasscer Hill's Janet Simpson stories, featuring the amateur detective i

Pit and the Pendulum, by John Gregory Betancourt (paper)

Pay Up or Die: Manville Moon #7, by Richard Deming (epub/Kindle/pdf)