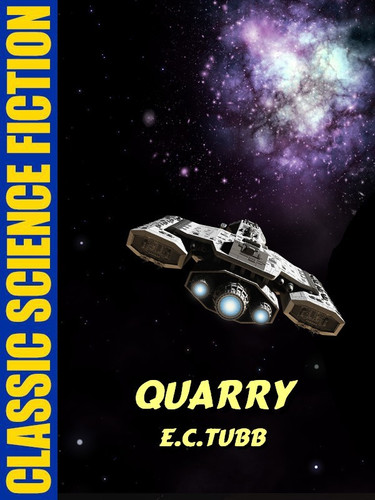 Radford threw a folder on the firing-bench. “All right,” he said before the agent could protest. “I know that you’re overdue for a vacation, but it can’t be helped. Things are on the boil. The discovery of the Free Union has shot the status quo all to hell and everyone’s out snatching for what they can grab. Both us and our friends of the Outworld Federation are eager to make friends and influence people—especially the people of the Free Union. We tell them that, as children of Earth, descendants of long-forgotten expeditions, they should come back to Momma and take their place in the Terran League. The opposition claim that, as long­term settlers on extra-terrestrial planets, their real interest lies in becoming a part of the Outworld Federation.”

The law-books were thick, comprehensive—and all written in Lurarian. Armstrong cursed as he tried to

“Hurry up, down there,” yelled the navigator. “Let’s get on our way." “Tanner. Come down here.” Some

He had to bring his spirit back from the dead—and he didn’t care how he did it. A classi

Blood on the Dragon, by Norman Firth (epub/Kindle)

A small California vineyard at night. A body dump. And Robert the Bruce on the job. What could go wr

What Are Friends For, by Eileen Gunn (epub/Kindle)

Could the innocent, beneficent aliens--"clothespins wearing a nest of snakes"--with all their boring

Years ago, Sheriff William Finch crossed the line and killed a man many would say richly deserved it