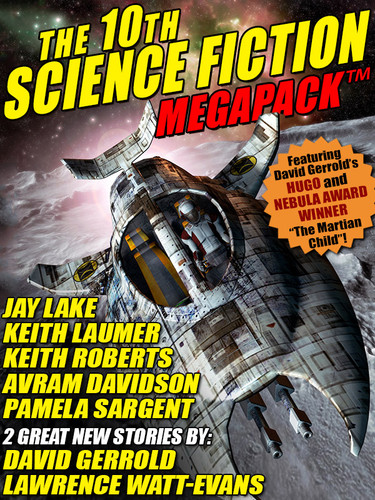 Welcome to the 10th Science Fiction MEGAPACK™! This time we present 30 stories (including several full-length novels) by some of the biggest and best in the science fiction field, plus 2 poems and the first (of 3) installments in our first novel serial. From David Gerrold's "The Martian Child" (winner of the Hugo Award, Nebula Award, Locus Award, and HOMer Award) to brand new works published here for the first time by David Gerrold and Lawrence Watt-Evans to modern masterpieces by Pamela Sargent and Jay Lake to classics by E.E. "Doc Smith" and Alan E. Nourse -- we have everything a science fiction fan could want. Almost 1,500 pages of great reading!

Welcome to The 11th Science Fiction MEGAPACK®! We hope you will enjoy the stories we have select