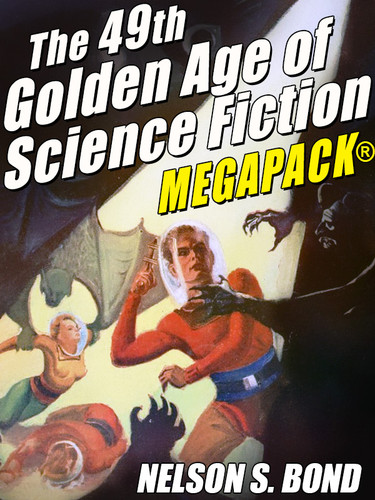 Nelson Slade Bond (1908-2006) had a remarkable career as a science fiction writer. He wrote extensively for books, radio, television and the stage, and especially the pulp magazines. Like Ray Bradbury, he did his journeyman work in the science fiction pulps before graduating to the higher-paying “slick” magazines like Bluebook. The quality of his work was such that Arkham House, Gnome Press, Prime Press, and Doubleday issued collections of his early short stories. At Wildside Press, we were fortunate enough to work with him in his twilight years, and we reprinted his "Lancelog Biggs, Spaceman" collection, as well as a solo work, "That Worlds May Live," and made him the Featured Author of an early issue of Adventure Tales magazine.

If Henry Hasse (1913–1977) is remembered today, it is probably as the co-author of Ray Bradbur

Fredric Brown (1906-1972), one of science fiction's greatest masters from the Golden Age, is famous